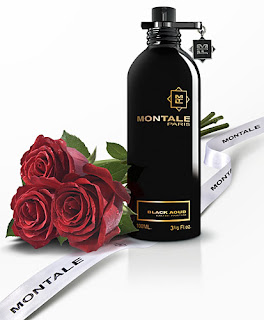 Do you ever bogart perfume?
I do it all the time, especially when it involves a perfume that was formulated for me alone.  And, honestly, there are quite a few.
My current stinginess revolves around Montale's Black Aoud.   I don't talk about it, I don't share decants, and I hid it out of sight on Thanksgiving, certain it would be discovered - and bogarted - by someone else.
That bitch is mine.
Writing about Black Aoud in any meaningful way is impossible because there is no language of rapture to describe it.
Well, except for Holy Flurgarten Maflurgen Grenlata.
If you don't know what that means, just stay there in the corner with your Love's Baby Soft.

Not that there's anything wrong with that.
How magical is it that the stars aligned as Pierre added that last little somethin' somethin' to Black Aoud for reasons he just could not explain?
Hello, it was for me.  For me, damn it.
No one else wears Black Aoud until I say so.
'kay?

Picture from parfumneroli.com
Posted by Katy Josephine at 8:42 PM