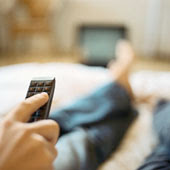 Yesterday was spent in multi-media trolling.
Like, the whole day.
First, perfume blogs, then raw food/vegan blogs.  Inner Critic scoffs because I'm not into raw foods and I'm no vegan. Thinking he can just bite me, I spend time making a grocery list of things like flax seed, almond milk and tofu.
I scroll down one particular site that promises photographs of the delicious vegan meals of the blogger.  Apparently, she has never watched Rachael Ray and learned that You Eat With Your Eyes First.
Every plate looks like dog shit over greens.
I kid you not.
Feeling squeamish, I move on to feminist blogs and take a trip down memory lane to my first year of graduate school when I quit shaving - everything - as a silent protest against the feminine ideal.
B-man never said anything at the time, and I thought I was the Hot Hairy One.  But one night, years later, as I was thinking back and regaling him with my feminist chutzpah, he interrupted me with, 'um...could you not do that again?'
Suddenly bored with blog trolling, I decide to watch The Hurt Locker.  This movie suits my dark and rogue-ish mood perfectly.  It is followed by four back-to-back episodes of In Treatment.

That has to mean something.
As a  psychotherapist (I almost said 'former,' but the urge to diagnose and analyze never goes away), I love this show and watch it with alternate cringing (a real therapist would never say that!) and envy (damn, I wish I would have said that!).
All this time, B-man is downstairs busting his hump, preparing our rooms for new carpet.  The carpet that was ordered two f-ing weeks ago.  He's painting, moving furniture and re-assembling our weight equipment.
Occasionally, I mosey downstairs, stand with a swayback, scratch my stomach and say, in my best redneck voice, 'wot yi doin' now?'  Actually, I'm not all that interested in what he's doing, I just need a break from eating potato chips, gruyere and ginger snaps.
Hmm.  If not for the gruyere, yesterday could have been my first day as a vegan.

Picture from fotosearch.com
Posted by Katy Josephine at 7:37 PM