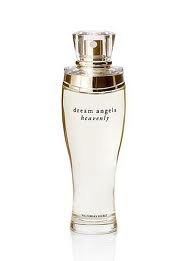 Last night was spent partying with my sisters.
Well, let me rephrase that.
Last night was spent drinking with my sisters.
In about two weeks, it will be one year since Mom died.  My sisters and I continue to dog paddle around in conflicting states of mind: sadness and loss, relief and stagnation.
And anger.
Frequently, anger at Mom.
Drinking dulls the guilt of being angry at the dead.
Together, my sisters and I offered each other understanding and support.  We said things that can only be said inside the club of us and shared the frustration and indignity of this space we now occupy.
The space between who we used to be and who we will become once the fog clears.
This morning - not exactly hung over, but emotionally and physically spent - I sat on big red with B-man, drinking coffee as we do every morning.  So much was churning in my mind that I couldn't engage in our usual chit-chat and couldn't imagine engaging in my work.
While ironing my clothes and pondering the scent of the day, I had an urge to wear something that had been left behind, something far outside of my regular rotation.
A perfume from another time.
First, I considered Rykiel Woman, then Incanto by Ferragamo.
In the shower, it hit me: Heavenly by Victoria's Secret.
Heavenly draws me in with a white floral top note in a cloud of fresh mint.  This stage is brief (especially the mint), but the white flowers linger, turning powdery, as if they have been dried, crushed and scattered.
From morning to evening, Heavenly continues to soothe, inviting an afternoon nap followed by a nice cup of tea.  The soft throw of its heart notes is as comforting as a pillow behind my back or a blanket over my legs.
On a day like today, when emotions are raw and energy is low, Heavenly offers the silent reassurance that all is well, that this, too, shall pass and the time to dream again will return.

Image from royalfragrance.net
Posted by Katy Josephine at 5:46 PM